Study Spanish in the Canary Islands 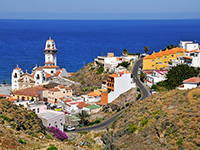 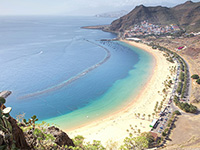 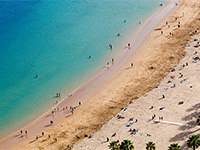 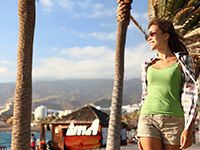 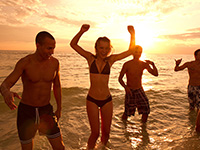 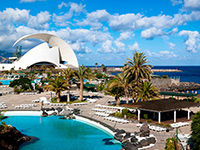 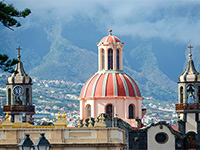 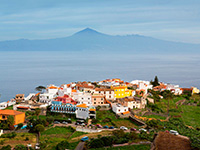 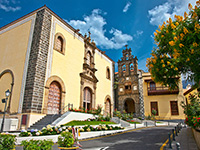 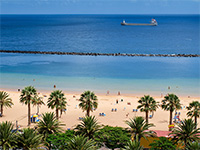 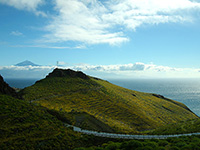 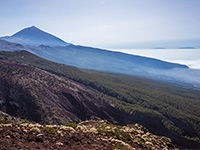 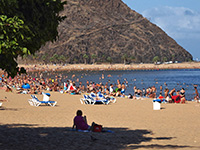 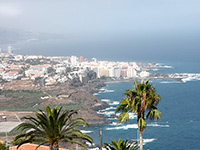 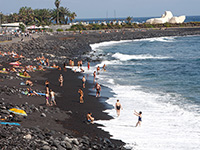 In Tenerife you've got rain in the north, sun in the south, cliffs to the west, and white and black sand beaches all over. But the center of the island is dominated by Mount Teide, the volcano from which you can even see the surrounding islands. As you learn Spanish in Tenerife you can visit the volcanic tunnel called the Cueva del Viento or enjoy the local cuisine in your favorite guachinche — a whole world of options, all on one island.

Tenerife, the "Island of Eternal Spring", is situated off the west coast of Africa. Its capital city, Santa Cruz de Tenerife, is the bold, vivacious gem of the Canary Islands. Both its natural and man-made beauty will astound you. Tenerife is a natural lovers' paradise, with diverse sceneries ranging from rugged, mountainous volcanic landscapes, hot black sand beaches to tropical jungles!

It's no wonder that Tenerife attracts about 5 million visitors each year: between its perfect spring-like climate, its formidable Mount Teide (the highest peak in all of Spain) and its infinitely joyous and world-famous Carnival, you're guaranteed to hace an unforgettable and vibrant cultural immersion in Tenerife.

Beautiful Tenerife, the largest of the Canary Islands, has a mild climate during the fall and winter and warm summers, making it a top destination for visitors from all around Spain and other countries.

No matter how long you stay, you will not only experience an unforgettable sunny beach vacation, but also incredible natural surroundings and important cultural sites so you never run out of things to do in the island. This makes for the perfect blend of academics and pleasure. You can relax and enjoy the sunshine while you learn Spanish in Tenerife and get to know the history, traditions, and culture of the local people.

More than a Spanish course

Among other attractions, Tenerife is home to the highest peak in Spain, the volcano Mount Teide, which you can climb up (or take the cable car) to enjoy fantastic views out across the rest of the island. Also worth visiting are the Cliffs of the Giants, an impressive vertical cliff formation that the Gaunches (the aboriginal inhabitants of the Canary Islands) referred to as "The Wall of Hell."

Enforex will help you discover the irresistible call of Tenerife's unique landscape with cultural activities and weekend excursions that will certainly not disappoint you!