Study Spanish in the Folkloric Heart of Spain 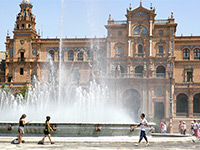 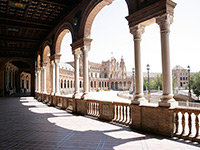 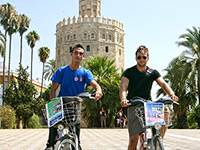 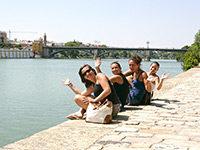 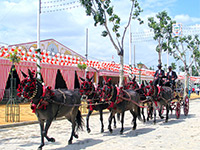 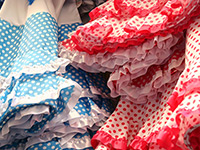 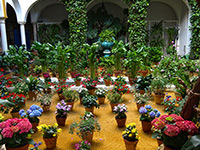 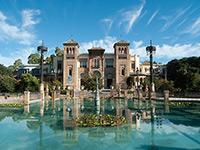 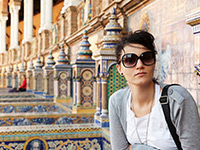 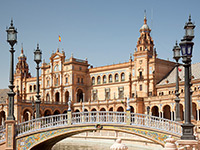 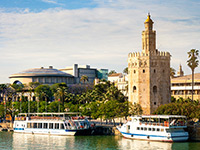 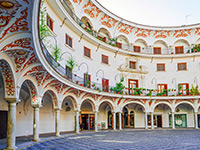 Learning Spanish in Spain is great, but learning Spanish and experiencing the culture is even better. In Seville, you can do both while you enjoy the city. It is, without a doubt, the home of flamenco and bullfighting, the folkloric center of all of Spain. In Seville you'll visit Europe's largest historic district and enjoy the fantastic weather. Because if there's one place with a Mediterranean climate and lots of sunshine, it's Seville.

If you want to learn Spanish in the exotic, sultry, slow-burning ardor of Spain, then Seville is just the place for you. The city offers endless attractions to immerse yourself in rich Spanish traditions and in the bright energy of Andalusian culture.

Sumptuous cuisine, captivating flamenco performances, an abundance of terraces where you can relax in the sun, never-ending nightlife, colorful festivals such as the Feria de Sevilla and much, much more await you in this city. You'll never run out of things to do here, so come to learn Spanish in Seville and see it all with your own eyes.

Seville is considered by many to be among the most authentic cities in Spain due to the many traditions still going strong there. Countless travelers find themselves engulfed in the abundance of history, culture, gastronomy, and unique philosophies of this lovely city that lies on the shores of the Guadalquivir River. A visit to Spain could be deemed incomplete if denied the chance to experience this city.

The history behind this Jewel

In a historic sense, Seville has always held a significant role for Spain. When the Spanish Empire was thriving, the vast majority of the New World discoveries passed through the city. This made Seville one of the richest places in the world during this period, as merchants and traders gathered here to buy goods from those who gathered them from far off shores or won them in battle on the high seas.

Those exciting times have now passed into history, but if you choose to learn Spanish in Seville today you will find an incredible destination which offers much evidence of past adventures and wealth. It boasts a vast range of architectural gems built by wealthy merchants during those times, which you can admire as you walk through the older areas of the town.