Study Spanish in the Capital of Spain 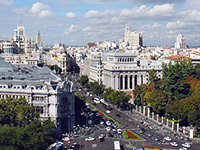 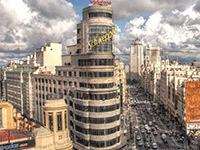 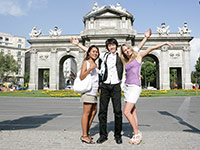 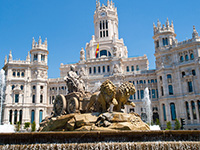 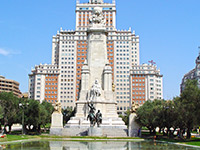 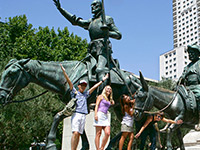 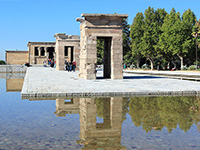 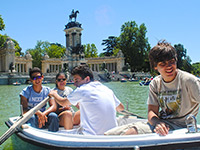 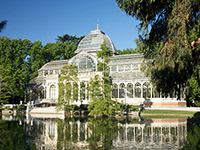 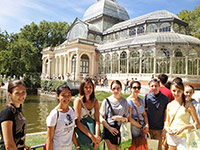 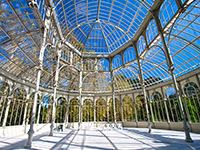 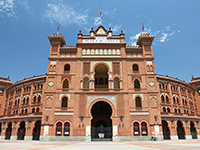 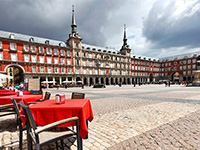 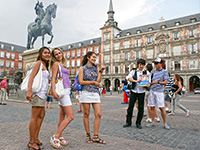 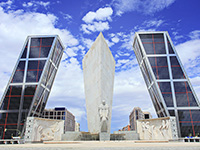 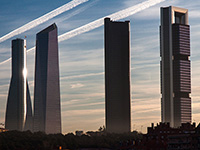 Living in a country's capital is something not everyone gets to experience. In Madrid there's always something to do any time of day or night, no matter what neighborhood you're in or what season it is. From museums, parks, plazas, and natural areas to cafés, theaters, bars, restaurants, and outdoor terraces, everything is connected with one of the country's best public transportation networks. Come to Madrid, try a tapa with your drink, and learn Spanish in the capital of Spain.

Madrid is a wonderful place to learn Spanish any time of year, offering a world-class learning environment in an exciting location. A relatively new urban settlement (compared to other European capitals), over the past four centuries Madrid has been chiseled into the ultimate metropolis, with wide, spacious roads, monumental and symbolic structures, copious green areas and parks, and ample space for an ultra modern financial district. While facing toward the future, it also values the past, and the winding cobblestone streets and plazas of the medieval parts of the city are another one of its charming attractions.

In the center of it all

Practically no argument could be made against the capital of the kingdom sitting in Madrid, other than, perhaps, the fact that historically there have been several other capital cities. Madrid might not have the millenary roots of Cadiz or the Roman heritage of Zaragoza, but since the 16th century, this previously unimportant town has been at the center of the Spain's political and economic life.

Madrid's convenient location in the middle of the Iberian peninsula makes it an outstanding starting point for traveling, although you might not ever want to leave the city once you start to savor the richness of its vast cultural agenda. Options are endless in the city, whether you're drawn to thrilling soccer games; live concerts of both classical and modern music; world-class art museums; independent, historical, and mainstream theater productions, bullfights, or, of course, the city's trademark: a relentless nightlife that lasts till sunrise.

The emergence of Madrid as the administrative center of the kingdom came towards the middle of the 16th century, following the abdication of the Holy Roman Emperor Charles V, whose vast fiefdom was split between his brother, Ferdinand, who would become the Austrian Emperor, and his son, Philip, who would become King Philip II of Spain. It was precisely the latter who moved the court from its traditional location in the millenary city of Toledo to the more temperate, and less imposing, Madrid.

Prudent and pious, Philip ordered the construction of the Monastery of El Escorial even before moving the court to Madrid. Despite the fact that it never became the official site of the royal court, once the main structure (with the monastery, the palace, and the basilica) was completed, around 1586, the king spent the great majority of his time there. Hence, it was not until the arrival of his son, Philip III, that Madrid would be fitfully developed as the capital of the what was then the largest empire in the world.

Reputedly a weak and relatively disinterested ruler, Philip III was an enthusiast of the theater, a supporter of visual arts, and a true lover of hunting. It was Philip III who ordered the construction of Madrid's main square, Plaza Mayor, although wild fires would cause its appearance to change repeatedly in years to come. But, with the Royal Palace and surrounding gardens in place since the days of Charles V, and now an appropriate area to lodge and cater for a proper court, Madrid was beginning to gain its final shape. Another crucial contribution from Philip III's reign was the development of the Palace of El Buen Retiro, just outside the walls of the city, with a lush green area that has since been opened to the public and is a popular park for strolls and picnics.

It is often said, however, that the greatest benefactor to the city, and the first monarch to have truly loved Madrid, was Charles III. The third of the Bourbon kings, Charles imported trends and fashions from Italy and, as any self-respecting French head of state, carried out important plans for the beautification of the city. Madrid has him to thank for some of the city's most emblematic sights, from the Puerta de Alcalá to the fountains of Cibeles and Neptune and the unmistakable building of the Prado Museum, one of the most outstanding collections of art in the world.

Spanish Learning in an Urban Setting

Come and learn Spanish in Madrid; you will soon understand that the language entails a lot more than vocabulary words to memorize. From history to art, going through flamenco, literature, and the sheer experience of joining in the fun of one of the most happening cities in the world, this is a perfectly unique place to spend some time studying Spanish and improving your communication skills. You'll feel like a proper "madrileño" in no time!

20 types of Spanish programs for all ages, with accommodation & excellent services.
Register for a course
CONTACT
CHAT
Chat with us