Study Spanish in the heart of Andalusia 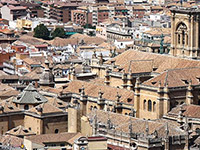 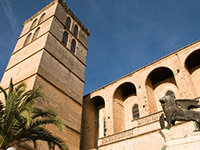 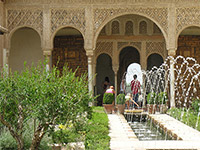 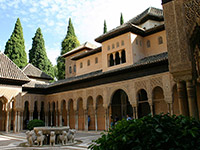 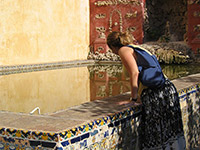 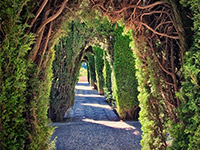 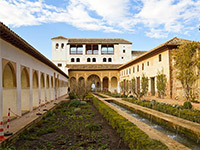 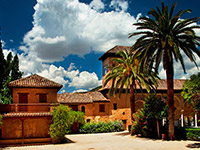 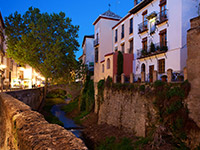 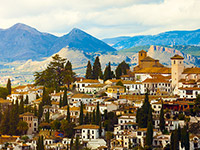 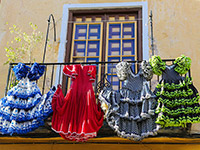 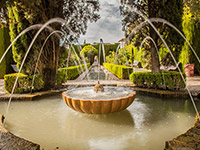 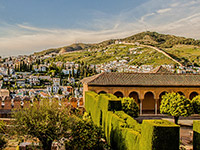 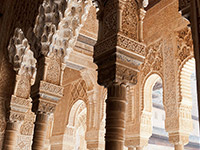 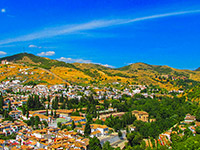 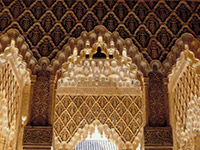 Learning Spanish in Granada means knowing you'll feel at home. It means living at the foot of the Sierra Nevada mountains and beside the river. It's visiting the most historic area with its Cathedral and castles and enjoying the modern part of the city with the spectacular Fuente (fountain) de las Batallas. It's knowing you'll be able to enjoy the sunshine, no matter when you go. The city of Granada is all this and everything you'll experience being there.

Located in the south of Andalusia, Granada was one of the last Muslim kingdoms to be conquered by Christian armies. It is deeply steeped in an air of mystique and intrigue dating back to times when it was ruled by another culture, another creed.

To this day, Granada's eclectic past as one of the most important urban settlements during the Golden Age of the Caliphate of Cordoba (between the 8th and the 10th centuries) has transcended through time not only in its appearance, but also in the local culture that fascinates everyone who chooses to learn Spanish in Granada.

The Highest Highs and the Bluest Blues

Granada, the "Moorish Jewel" of southern Spain, is ideally located on the rolling hills of the Baetic mountain range. Picturesque to the core, the city is sheltered to the north by the imposing Sierra Nevada, which overlooks the entire landscape with its perennially snow-speckled peaks. Thanks to its position in a beautiful valley, the city has a temperate climate throughout the year.

While the sun shines on Granada for close to 3,000 hours every year, its proximity to the mountains means that skiing is often possible as late in the year as April. Few things can be as sublime as enjoying a sweet downward slide on the fresh snow under the brilliant sun.

This, of course, is not where the magic of Granada's location ends. During the summer season, the city offers even more possibilities. Here you can enjoy the fresh air of the mountains in the morning and spend the afternoon at the beach. The Mediterranean coastline, with coves and beaches large and small, is only an hour away from Granada.

A sumptuous culture to learn Spanish

Known worldwide for the extraordinary palaces of La Alhambra and Generalife, Granada is an endlessly fascinating city teeming with history and exquisite beauty. Thanks to its fascinating fusion of European and Moorish influences, students who choose to learn Spanish in Granada live in one of the most unique cities of the world.

Granada is home to a large university, and students from different parts of Spain and around the world lend a vivid and jovial air to this multicultural learning environment. Besides its history, architecture and beauty, what truly makes Granada an ideal destination to study Spanish is the local Andalusian people, who are laid-back, friendly, warm, welcoming and always up for party. Go out, get lost and explore this magic city!

20 types of Spanish programs for all ages, with accommodation & excellent services.
Register for a course
CONTACT
CHAT
Chat with us