Salamanca is a small city that carries Spanish history around on its sleeve. When the Salamanca Fair comes in September, it is no exception and the city’s culture cup overflows with tradition. The fair in Salamanca, like most fairs in Spanish cities and towns is linked to history and religion and includes processions and traditional dress, but you will also find contemporary Spanish culture sung out loud and clear from September 7 to September 18 this year. 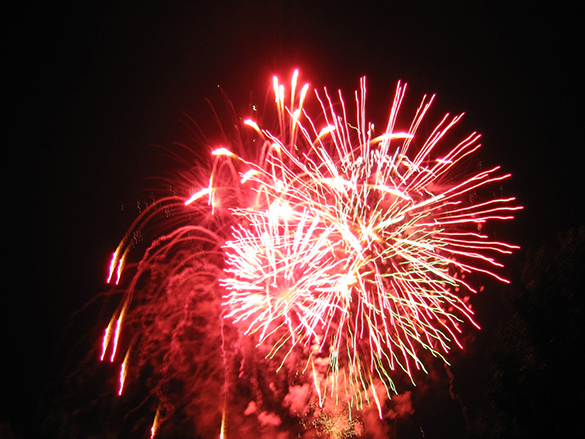 What’s the Salamanca Fair All About?

The Salamanca Fair, also known as the Fiesta de la Virgen de la Vega, is a fair that started centuries ago as a simple harvest festival. Throughout the city’s long history, before the final resettling of the area by Christians in 939, the celebration took place but was not linked to religion. It was a pagan celebration to buy and sell agricultural goods at harvest time. Farmers and merchants needed a place to exhibit and sell the fruits of their summer’s labor, so stalls and animal pens were set up in a large, open area across the Río Tormes (across the Puente Romano) from the city center. The Virgen de la Vega (or Our Lady of the Valley) became the patron saint of the city in 1618 and in 1706 during the War of the Spanish Succession, when la Virgen was credited with helping protect the city. Since then, the Virgen de la Vega took center stage during the festival. She is now an essential element at the start of the festivities. Salmantinos (people from Salamanca) now dedicate the first day of the festival to celebrating la Virgen with a procession and flower offering to her statue. 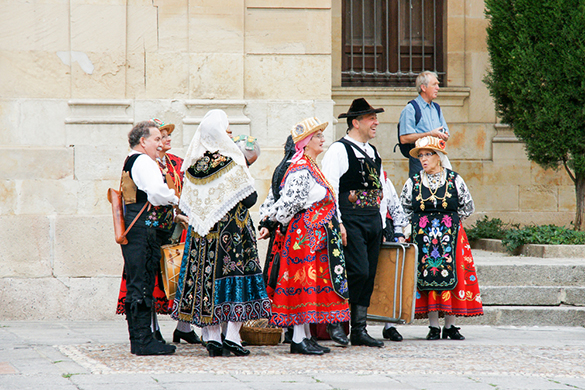 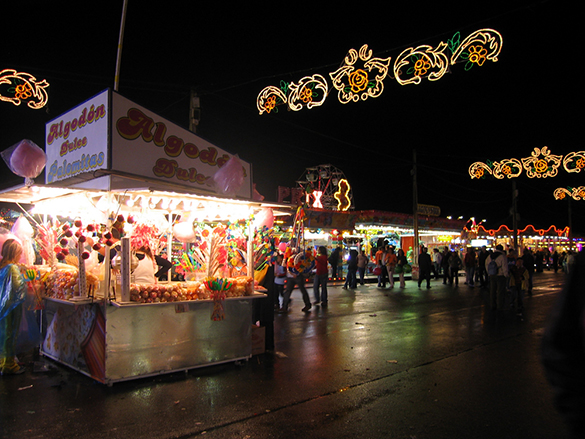 What You’ll Find at the Fair

The Salamanca Fair begins with the celebration of the Virgen de la Vega. One day before the festivities begin, salmantinos dress up in traditional clothing from the region and walk in a beautiful procession from the Iglesia de la Santísima Trinidad de Arrabal to the city’s main cathedral where the statue of the Virgen sits. When the procession arrives to the Plaza Anaya and the Cathedral, tribute is paid to the Virgen with a flower offering. That night the more raucous side of the festivities begins with fireworks, kicking off a week of concerts, shows in the streets and at venues throughout the city, feasting at food stalls, a medieval market, workshops, bullfights and a fair ground with florescent lights, rides, music and food (for those interested in some rowdy, Spanish-style partying). 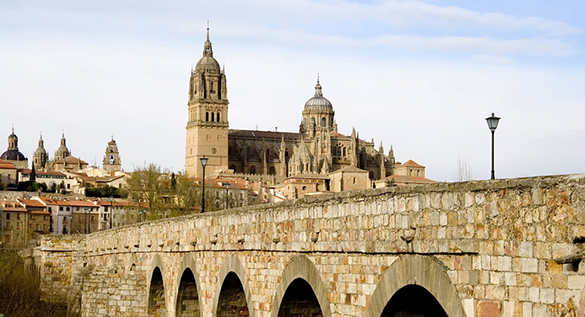 When and Where the Salamanca Fair Takes Place

The fair takes place throughout the city from September 7 to September 18 (dates may vary slightly from year to year). To make sure you catch the best of it, start at the Puente Romano and the Río Tormes and make your way to the Plaza de Toros in the north of the city. Right around the middle of your walk, you’ll find the Plaza Mayor, which is a great place to catch concerts and other events. This year check out Macaco and El Niño del Pegamento on September 8, Capercaillie and Rare Folk September 9 or Duncan Dhu and Danza Invisible September 10, which can all be found in the Plaza Mayor, along with many other big names. As you wander through the rest of the city, you’ll find everything from theater to circuses to markets, along with excellent food and happy people. For a full 2016 fair schedule, click here. 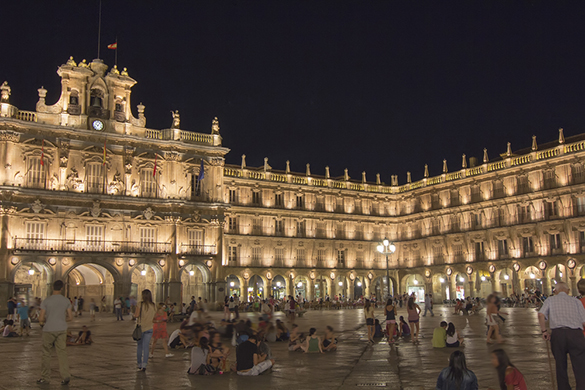 Tips for Enjoying the Fair

Of course if you simply show up in Salamanca from September 7 to September 18, you’ll probably have a great time. But take a look at some things to keep in mind to enjoy the Fiestas de Salamanca to the max:


Salamanca is a city that is never boring, but if you want to see it with its party hat on, the Fiesta de la Virgen de la Vega, the Salamanca Fair is a great time to experience all of its old and new traditions.