Why you can’t miss the Malaga Fair

For those who are lucky enough to experience the April Fair in Seville and then the August Fair in Malaga, comparing the two becomes inevitable.  And it makes sense: after all, these two events are truly representative of the purest spirit of Andalusia. But while you might think that if you've seen one, you've seen them both – this is far from true.  And we’ll prove it. 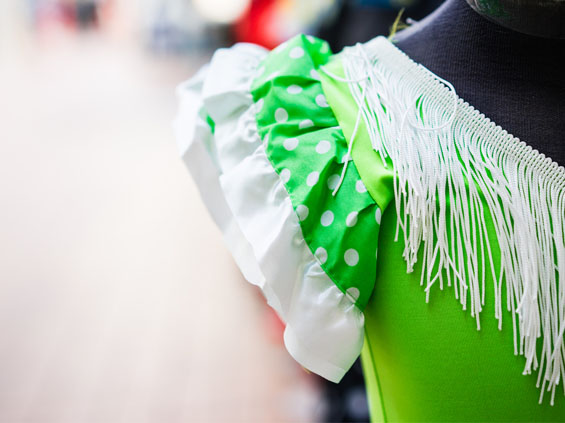 Differences between the Malaga and Seville Fair

First, let's discuss the historical differences: the April Fair in Seville evolved from a livestock fair during the nineteenth century, while the Malaga Fair commemorates the re-taking of the city by the Catholic Monarchs...in 1487! Secondly, we should talk about location and expanse: while the April Fair is mainly confined to one area of Seville, the Malaga Fair is celebrated throughout the city. While it's true that there's a fairground that fills up with attractions and casetas, or large tents, there are plenty of other festivities and events that take place all around Malaga.  And thirdly, we should point out that while the April Fair feels a bit more exclusive – as you may know, most of thecasetas are private – the Malaga Fair has a more collective feel as itscasetas are open to the public.

When does the Malaga Fair take place?

If you'd like to experience the Malaga Fair for yourself, you should know that it's held in mid-August. Each year the start date changes, with the most important requirements being the following: August 19th must be included in the fair dates (as it commemorates the day the Catholic Monarchs re-captured the city), and the Fair must start in the early morning of a Friday.  The exact dates are chosen by the local government; in 2015, the Fair took place from August 14-22nd, and in 2016 it will be held from August 13-20th. As you can see, the dates and number of days can vary. 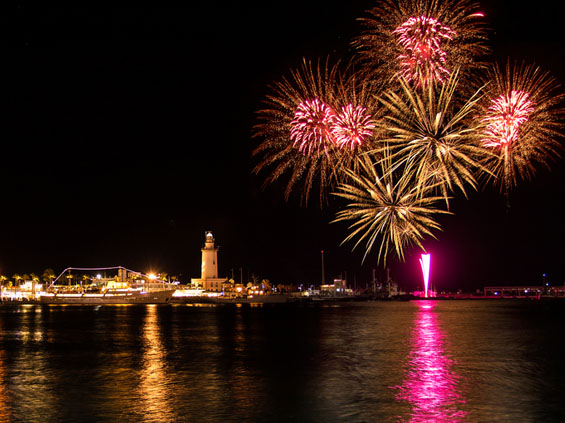 Just a few moments before midnight on the Friday the Fair begins, city dwellers flock to Malagueta Beach for the Fair's inaugural ceremony, which always begins with a speech given by a famous malagueño.  The opening speech ends right at midnight and gives way to a beautiful fireworks display accompanied by music: the celebrations have officially begun and will continue throughout the night!

But don't go to bed too late, because the next day you've got to get up early to attend the romería, or procession, that stretches from the City Hall to the Church, El Santuario de la Virgen de la Victoria. This pilgrimage is a centuries-old tradition which honors the patron saint of Malaga and in which the abanderado, or flag-bearer, takes center stage. The flag-bearer is an individual chosen by the local government every year to present Malaga's flag to the patron saint in this solemn religious ceremony.  After this moment of solemnity, however, the rest of the Fair is full of fun and happiness!

Two fairs in one

We've mentioned that the Malga Fair spans across the entire city, and in order to properly explain it, we need to distinguish between two distinct events: what happens during the day and what happens at night.  The “daytime Fair” is one that can be enjoyed around the city, and specifically along Calle Larios: the shops are beautifully decorated, many patios open their doors and turn into makeshift casetas, and restaurants take to the streets to offer their best food.  The streets overflow with parades and shows, including the traditional dances of the Verdiales, whose origins can be traced back to the the Minoan civilization. Come nighttime, however, and the Fair's celebrations move to the fairgrounds: casetas in the purest Andalusian style, in which party-goers can witness the best flamenco dancing and enjoy the best and the most traditional Southern cuisine, attractions, concerts, raffles... These casetas are essentially a place "to see and be seen", as some would say. 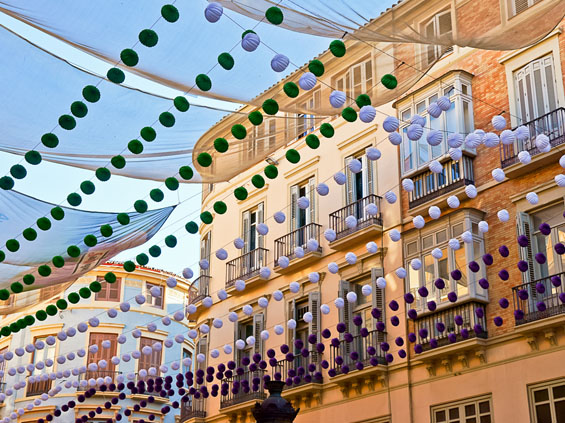 Tips to enjoy the Fair

Getting swept up in the festivities, enjoying the Fair as if there were no tomorrow, and getting to know the wonderful and hospitable people of Malaga...it's all a truly incredible experience. But that doesn't mean we can't recommend some tips to ensure you have the best experience possible.  Take note!

Keep in mind that August temperatures in Malaga exceed 30°C (86°F), so wear light clothing and always make sure to have a few bottles of water on hand. You should also keep in mind that during the "daytime Fair" the streets are totally packed, so it can be difficult to find a seat if you want to step into a bar or restaurant.  Don't be afraid to get out and explore the surrounding streets! You'll find a good place to cool off and grab a bite to eat virtually anywhere.  And speaking of eating, many casetas you'll visit during the "nighttime Fair" will offer you abundant tapas to accompany your drinks.

Getting to the fairgrounds can be problematic if you're arriving by car, as finding parking in the area can turn into a real nightmare.  A good alternative is to get there by public transportation (it will take you about half an hour); or, if you don't mind having a good walk you can get there on foot (although be forewarned that the fairgrounds are a bit far from the city center).

But anyway... you'll see that these small inconveniences are nothing compared to the incredible moments and unforgettable memories that await you at the August Fair. See you in Malaga!