Bahamontes, Delgado, Indurain... Spain has given birth to some great cyclists, but is there really a great bike culture in our country?

Well, that's a difficult question to answer. And even more so since many of the biggest cities in Spain didn’t adopt bike paths until recently. It also may seem shocking that many cities have only had publicly run bike rental services for a few short years: Seville and Barcelona have had city bike rentals since 2007, Valencia since 2010, and Madrid has only had a city bike rental service since 2014.

Now that we've mentioned these municipal bike rental programs, it might be helpful to say that even non-residents can use the majority of them. All you have to do is sign up as an occasional user at any of the bike stations. An occasional user pass will let you use the service for a specific number of days. That is, you can use a bike when you want to for a specific number of days, not that you can hold onto it for days at a time! Remember, most of the services work by charging you for the minutes you pedal the streets.

The only negative aspect about these bike services is that you can only use them within the municipal area or in certain neighborhoods in the city (well, that is you can only find bike stations in certain areas of the city). If you want to venture out of the city or find farther away routes its best to get in touch with a private bike rental service (most city hall websites list recommended and safe rental shops).

And once you've rented your bike and the equipment you'll need (don't forget helmets and other safety gear) you can choose a route for exploring in a fun, healthy way. Don't be afraid to ask about or check out different websites. A lot of times by just typing "bike routes + your destination" into a search engine, you’ll find many different options.

But off hand what are some of the best bike routes in Spain? 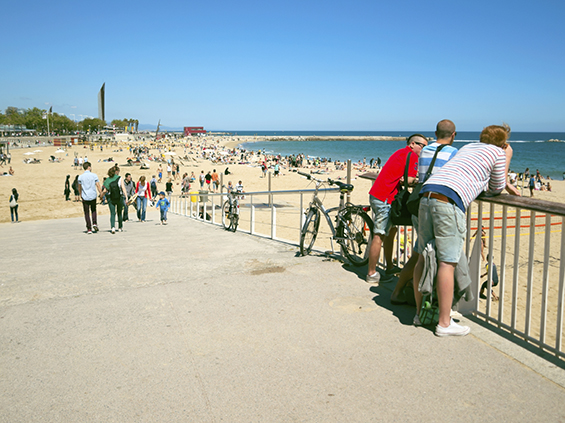 Well, it depends on the city. If you're in Barcelona there is a great route that circles the city center and on which you can see great landmarks, monuments and areas of the city such as the Gothic Quarter, El Born, the Cathedral, Casa Batlló and more all on one trip. It makes for a journey through the most emblematic places in Barcelona at your own pace and without pesky tour guides! But if you want to venture a little off the beaten path we recommend some routes that pass through the some of the beautiful beaches in Maresme County. They are routes with little traffic but with great appeal; they connect different bike paths and run for a long stretch making for a safe, carefree trip. 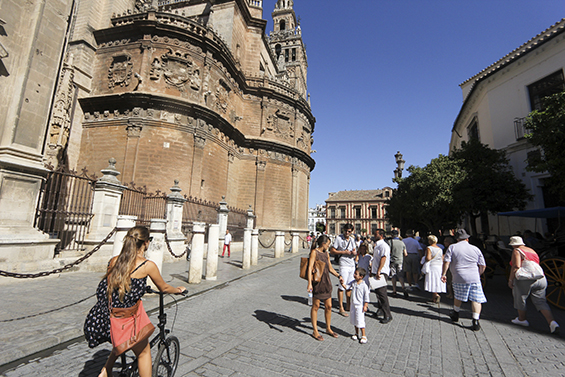 Seville has some beautiful bike routes which will wipe away any perceptions that there are only dry, dusty landscapes in Andalusia. If you follow the Corredor Verde Metropolitano (Green Metropolitan Corridor) you will find a simple route that follows the Guadalquivir River. But if you want a little surprise and are ready to trek a little further, the beautiful Sierra Norte path, which runs along old railroad tracks and is surrounded by vegetation and picturesque wooden bridges is a great choice. 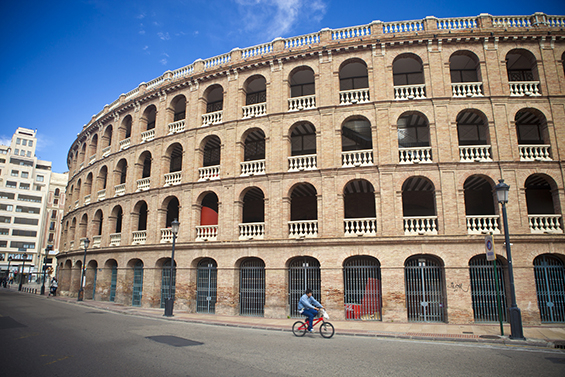 Valencia, because it is at sea level, offers lovely, simple bike routes. In order to see the city from a different perspective, we recommend a short but intense and monumental route starting at the Plaza de Toros and ending at the City Hall. It is the perfect way to explore the city's history! And if you're a little more daring and feel like a slightly longer trip, the Ciutat Vella route is a great option. It runs through Valencia's old town and will show you wonders that not even the locals will have noticed. 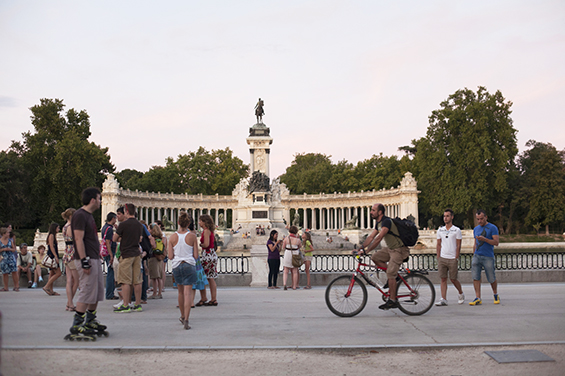 And finally we get to Madrid. As you know, Madrid does not have a great reputation among cyclers because of the city's traffic and since it's a very hilly city. But it is worth trying out the city's "anillo verde" (green ring), which circles the city center. The good news is that you'll find many metro stations along the way; so in case you get tired you can always take public transportation to get home. And if you want a truly challenging experience we recommend going for the Via Verde of the Alberche River, which runs along the river bank and is beautifully charming.

Of course, there are many routes that we haven't mentioned; but we'll leave the satisfaction of finding them all to you.